Jump to Navigation
-A +A

Lascaux Dordogne, Discover the origins of your life

Discover the origins of your life
Read more

The Vézère Valley in the heart of France

The Vézère Valley is located in the heart of France (Dordogne department), in the south west, 2 hours from Bordeaux, Limoges and Toulouse. It is also close to the town of Sarlat (20 km). The long history of human occupation makes it one of the places where the most prehistoric remains can be found. Beyond that, the Vézère Valley (Lascaux, les Eyzies) has a whole range of tourist attractions: landscapes, heritage, gastronomy...

The Vézère Valley, The River

The Vézère crosses the Périgord Noir and joins the Dordogne at Limeuil. It flows through the towns of Terrasson, Montignac-Lascaux (Lascaux), Les Eyzies, the world capital of prehistory, and Le Bugue. Swimming and canoeing can be enjoyed in the unspoilt natural surroundings of the Vézère Valley. The colour of the Vézère comes from the silt in its waters which explains the fertility of the valley.

The Vézère Valley,  Valley of Prehistory

The Vézère Valley is best known for its extraordinary concentration of Paleolithic sites. It was listed as a UNESCO World Heritage Site in 1979 as a prehistoric site of exceptional interest from an ethnological, anthropological and aesthetic point of view. Other sites such as Le Regourdou, Bara-Bahau and Castel-Merle are classified as historical monuments.

The Vézère Valley, Valley of leisure

The preserved natural setting of the Vézère valley makes it an ideal destination for outdoor activities. Walking, hiking, Nordic walking, horse riding but also canoeing, swimming... Many parts of the Vézère valley are listed and protected so that visitors and local people can enjoy them in the long term.

The Vézère Valley, Valley of pleasures

Culinary delights. We are in the Dordogne Périgord, at the base of the tourist golden triangle formed by Sarlat, Montignac-Lascaux and Les Eyzies, the world capital of prehistory. The gastronomy of the Dordogne has largely contributed to the fame of French cuisine, in particular by providing it with refined dishes: foie gras, black Périgord truffles, ceps... 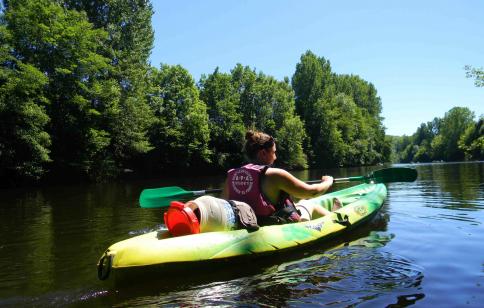 Caves and Chasms of Lascaux-Dordogne

How to come in Vézère Valley ?
Where can I sleep tonight?
I speak